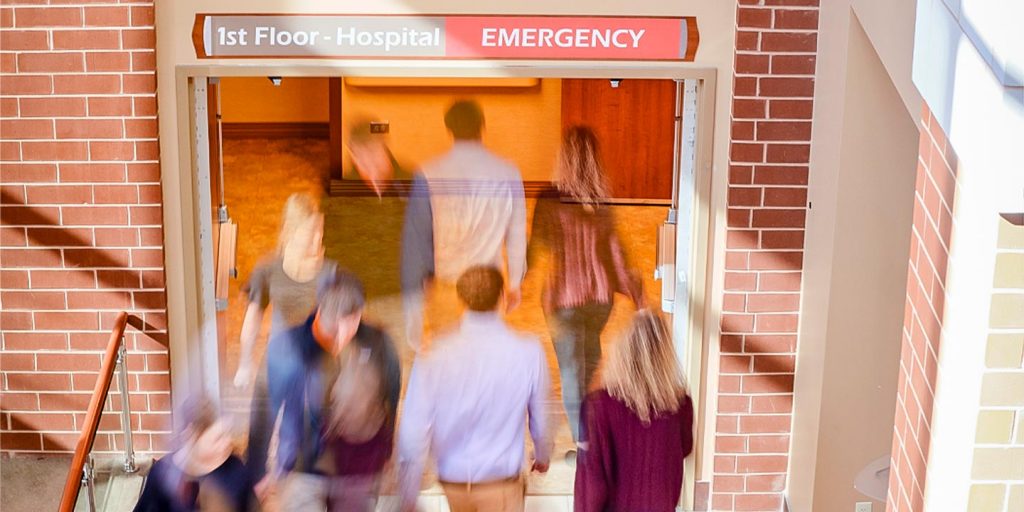 Hospitals might not seem like the perfect landing spot for engineers to outsiders, but, like any other business, they benefit from streamlining processes, organization, and implementing best practices.

Now, a student team from the Department of Industrial and Systems Engineering is helping Fort Sanders Regional Hospital in those areas as part of a senior design project, the latest in a long series of connections between area medical facilities and ISE. 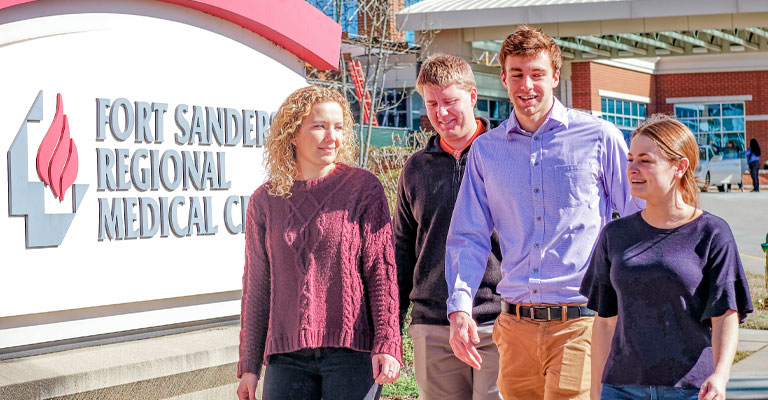 “Our project, ‘Improving Patient Throughput,’ studied times in triage, registration, and in the discharge process, with the hopes of helping them improve times and outcomes,” said Maddie Allison, one of six students on the team. “We spent about 10 weeks gathering information and making observations, so we have plenty of data.”

The study focused on quality of care as well as time, noting that patient outcomes are the most important consideration.

Along those lines, the team studied everything from the discharge rate and staff turnover to cost justification for increasing the number of people on the housekeeping staff.

In particular, waiting rooms emerged as an area that impacts patients more than previously thought.

The Hospital Consumer Assessment of Healthcare Providers and Systems (HCAHPS) system scores hospitals on how efficiently they check patients in and out, with a higher score resulting in more federal funding.

Thus, anything that shortened those wait times could prove financially beneficial to the facilities.

“
The HCAHPS system plays a part in determining the amount of funding you get back from government programs. So yes, you might be spending more to hire more people on the front end, but you get a return on your investment. That can be a great incentive.
”

“The HCAHPS system plays a part in determining the amount of funding you get back from government programs,” said Allison. “So yes, you might be spending more to hire more people on the front end, but you get a return on your investment. That can be a great incentive.”

A system known as the fast track method would seem to be an answer to those prayers.

The idea, in its simplest form, is that patients whose treatment can be less intense can be seen on a fast track system, giving personnel more time for the tougher cases. In reality, the classic triage system of assessing patients for the severity of their issues when they arrive has proven to be a formidable presence.

“We have to figure out why the fast-track system isn’t working,” said Allison. “Our goal in spring will be to look at the issue and try to come with some sort of standardized method.”

Associate Professor and Director of Graduate Studies Jim Ostrowski helped the team get started on the data analysis, while Assistant Professor of Practice Floyd Ostrowski helped keep the team within the hospital’s charter and aided on various processes.

We are now accepting applications for Interdisciplinary Senior Design.

Rising senior business and engineering students are encouaged to apply.

The University of Tennessee

The flagship campus of the University of Tennessee System and partner in the Tennessee Transfer Pathway.